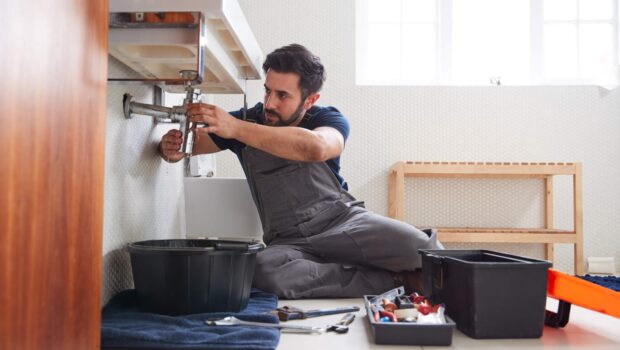 Which Plumbing Myths Are the Biggest?

One of those subjects about which everyone has an opinion, even if they have no idea what they’re talking about, is plumbing. As a result, many myths about plumbing are spread. If there is an issue with your plumbing, you should seek professional assistance, but you also need a solid knowledge base to determine when a problem exists. Unfortunately, a lot of people’s beliefs about plumbing are incorrect, and they may wind up having to pay a lot for future plumbing repairs as a result. Some of the most prevalent fallacies about plumbing are listed here.

Despite how fantastic that would have been, garbage disposals nowadays have certain limitations. No matter how much water you use, there are some things you should never throw away. Food products that are thick or hard, such as pits and seeds, rice, pasta, eggshells, animal bones, grease, and oil, should be thrown away somewhere else. Because they solidify and harden, grease and oil pose specific problems because they choke your pipes. If you’re not careful, you’ll want a garbage disposal repair service.

A Brick in the Tank

Some people claim that adding a brick to the toilet tank will reduce water usage. Although the idea seems reasonably risk-free, there are dangers to take into account. It’s important to realize that toilets are made to flush with a certain volume of water; even seemingly unimportant things can have a big impact on how a toilet works. Even an additional inch in trap height or changes to the size and location of the rim holes can have a big impact on how successfully the toilet clears waste when there is simply water and gravity at work.

The brick itself is another significant drawback of employing brick. Whatever the brick’s composition, it is not meant to be buried in water for an extended period of time. After some time, the brick will probably begin to deteriorate within the tank, where the loose concrete fragments may interfere with the fill valve and other internal parts. Some advise only covering the brick with plastic, but this is not a trustworthy kind of defense.

It Is Okay to Dispose of “Flushable” Wipes

Wipes for babies or for personal use are not necessarily “flushable” just because the label says so. They are difficult to disintegrate, unlike toilet paper, and frequently clog drains. Both paper towels and feminine care products are forbidden. If you use and flush your toilets frequently, it’s only a matter of time before they back up and make a mess.

As Long as It’s Draining Water, Your Drain Is Okay

It seems to be true. A clogged drain is something that no homeowner wants to deal with, but as long as the water is draining normally, everything is good, right? This is regrettably not always the case. Clogs, like other plumbing problems, can take time to form, so your drain may appear to be operating normally while it is actually clogged. In Rancho Cordova, California, hydrojetting may be necessary if you discover that your water is draining more slowly than usual. Speak with the professionals at JR Putman Plumbing.