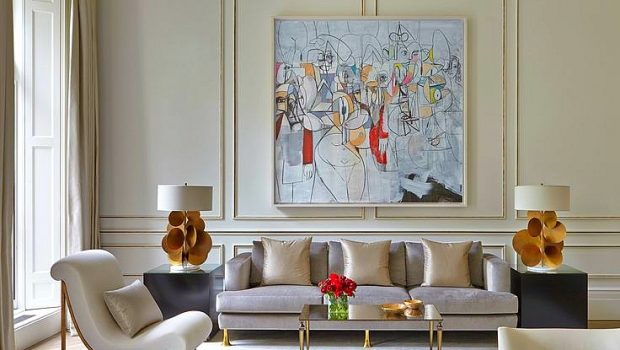 The Genesis of Interior Designing Across Civilizations

The inception of home decoration or interior designing is still not known exactly where and how it started but the concept and practice of interior designing evolved across numerous civilization particularly with the Egyptian civilization. The ancient Egyptians used to adorn their homes with metal artefacts, colourful paintings, and furniture with animal skins. They even knew the water sanitation and drainage systems which used to run through each house. In the later stage, the Romans incorporated the same type of water sanitation and drainage systems with developed and luxurious interior designing in their homes. Do not hesitate to contact Lipari Design if you are in the process of doing the interior designing of your house.

The concept of interior designing that evolved across numerous civilizations particularly the Egyptian civilization and later adopted by the Romans eventually evolved into a separate fashion during the European medieval era. As Christianity rose to the height some colours like white, red and purple got prominence along with the marble floor and simple wooden panelling. On the other hand, the dark ages brought a sense of sobriety and affected the interior designing to such a greater extent than even the rich and affluent people were toning down their décor.

The Renaissance which means the “rebirth” in the 15th and 18th century brought back the interior designing through a new light of elegant and magnificent styles, features and colours. The Renaissance interior design included numerous carvings on room separators and wooden panels which had paintings of scenes from the Holy Bible and form other texts.

The contemporary sculptors, painters, designers and other arts-related intellectuals started to experiment different form of designing and eventually gave birth to numerous art movements namely surrealism and impressionism. In the course of time, these art movements with their numerous features, style, colours and functions found expression in the existing interior designing which is visible everywhere in and around us. Then came the 20th-century technological revolution which impacted the interior designing to a greater extent and incorporated numerous electronic appliances toaster, ovens, grills etc. along with adding new aspects like electrical lines, plug points etc. into interior designing.