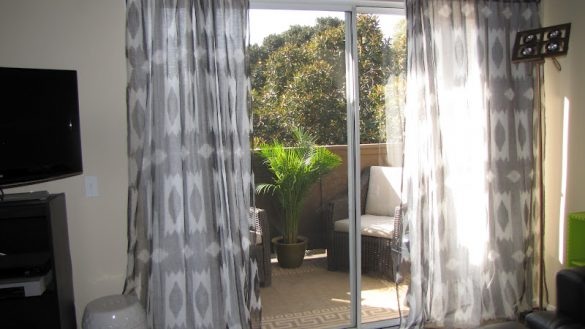 A Quick History of Curtains

Believe it or not, storeurbain.ca window coverings have been around for just about as long as humans have been punching holes into domicile walls.  I suppose that makes sense: it probably was not long after the invention of windows that we started to think it might be a good idea to control how much light (and heat) can penetrate a home.

Of course, the earliest window coverings were quite basic, as materials were simple (and technology was, basically, non-existent).  Indeed, digs and excavations suggest that long curtain rods were employed as early as the 5th century, with curtains likely made of animal skins.

In terms of fabrics, evidence shows that it was probably the Egyptians who spun the very first textiles.  Perhaps more importantly, these early Egyptian fabrics probably resembled what we know today as flax, linen, and wool.  Not much later, cotton and silk also became popular fabric threads.  In terms of curtains, then, they would have been very rudimentary; essentially more like drapes: just pieces of fabric used to keep light out.

CURTAINS IN THE MIDDLE AGES

As human populations evolved, so did our technology and the way we thought about the types of things we could make. As such, we started to make more formal curtains but at the time they were more attributed to the affluent.  Of course, during the Middle Ages, only royalty (and the richest in the land) could afford massive, long, thick, fabrics—and their associated hardware.  Shutters—typically made of wood—were more common for the commonfolk.  Tapestries were also somewhat popular.

Towards the 13th century, glass manufacturing appeared on the human timeline.  When this happened, curtains began to evolve yet further as a means to not only shade light and control heat, but also a way to add character to a space.

It was not until many centuries later—the middle 1800s, actually—that curtains went into mass production.  Actually, it was pretty much all common household textiles that started to hit the public.  This was also during a time when the middle class was hitting its stride and it was at this time that things which were long seen as luxury items—like, believe it or not, curtains—were accessible to the lower classes.  Of course, this led to a bit of a boom which led to artisan crafting and, eventually, the industry we know it as today.