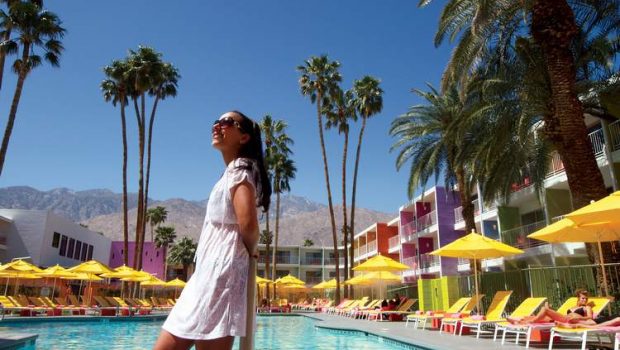 Top Things to See During Your Visit to Palm Springs

Palm Springs is a beautiful California city located about 100 miles east of Los Angeles. It’s become a popular tourist destination not only for its history of being a playground for celebrities, but also for its year-round warm weather, its architecture and design community and its endless recreational opportunities.

Palm Springs is known for its abundant mid-century modern architecture, a style named for its popularity in the 1950s. Architects such as Frank Lloyd Wright and Donald Wexler made their mark on Palm Springs by designing and building homes and hotels in this beloved architecture style. It’s simple to find a private, guided architecture tour of this beautiful city. And, if you find yourself particularly inspired by your tour, you may want to enlist the help of a realtor Palm Springs to help you land a piece of mid-century modern history for yourself.

Walk With the Stars

Much like the Hollywood Walk of Fame that celebrates Hollywood stars’ achievements in film, television, and music, Palm Springs has its own version called the Walk of Stars. This famous section of downtown Palm Springs honors renowned actors, authors and politicians who have made their homes in this trendy desert city.

If you’re constantly working to improve your serve or consider yourself to be Roger Federer’s biggest fan, don’t miss out on seeing the Indian Wells Tennis Garden. Located about 20 miles away from Palm Springs, this famous landmark is where the annual Indian Wells Masters tennis tournament is played each March. If you can’t make it during the tournament, though, you can still soak up plenty of history by taking one of the stadium’s free tours.

With access to numerous sports, cultural and architectural attractions, it’s no surprise Palm Springs is such a popular tourist destination. The next time you’re planning a vacation near the west coast, don’t miss out on touring this desert gem.